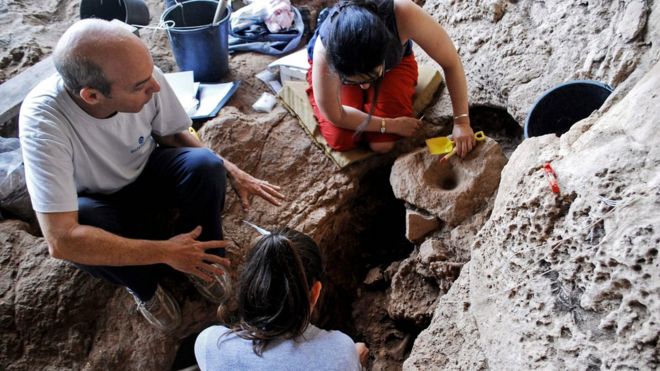 Researchers say they have found the world's oldest brewery, with residue of 13,000-year-old beer, in a prehistoric cave near Haifa in Israel.

The discovery was made while they were studying a burial site for semi-nomadic hunter-gatherers.

Brewing beer was thought to go back 5,000 years, but the latest discovery may turn beer history on its head.

The findings also suggest beer was not necessarily a side product of making bread as previously thought.

The researchers say they cannot tell which came first, and in October's issue of the Journal of Archaeological Science: Reports, they suggest the beer was brewed for ritual feasts to honour the dead.

"This accounts for the oldest record of man-made alcohol in the world," Li Liu, a Stanford University professor who led the research team, told Stanford News