UFO's That Vanish and Dissolve 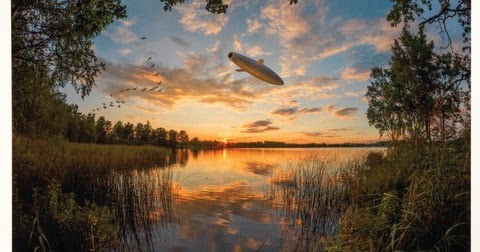 UFOs That Vanish and Dissolve

One of my long-lasting projects is organizing and reviewing the 13,000+ letters in the very extensive Wendelle Stevens archive, now housed ...

UFOs That Vanish and Dissolve

One of my long-lasting projects is organizing and reviewing the 13,000+ letters in the very extensive Wendelle Stevens archive, now housed ...

The "ghost rockets" reported in 1946-47 near Sweden were the Soviets testing captured German rockets, much like we did at White Sands in the same time period.

Until the mid 1990s, the USN had the Naval Air Development Center at Warminster, PA, roughly an hour north of Philadelphia. They did testing there of various aircraft and aircraft systems. The time period (70s-80s) the guy claimed he was involved in crash investigations corresponds to the military's early interest in remotely piloted vehicles (or drones as they are know now), so I can believe some of them crashed.

I have a hard time believing the claims of the engineer relative to crash retrievals. If the guy was an engineer, he was sent to the crash sites because he was a technical expert/authority in a particular area. There is no way you send someone like that to a crash site if they are not briefed into whatever program he is supporting. You would not just tell him it's top secret and send him on his way. At the very least he would have been defensively briefed.
Reactions: Debi

I have watched for a lot of years and believe that we have recovered several crashed craft. I base this on the rather odd way our technology has progressed. The fastest airplane is and was the the SR-71 Blackbird. The thing is it was on the drawing boards in the late 50s. What we have found didn't seem to offer us much that we have been able to understand in the way of aircraft advancement. MEANWHILE, though the computers during that same time have taken a truly massive leap ahead. There have also been some astounding advances in metallurgy and other materials that seem to come out from a sudden new understanding.

The 10 Fastest Aircraft in the World


I don't count the X-15 because it is a one-shot almost rocket that was made just as a speed breaker. It was dropped from a carrier plane and then fired up for a speed and high altitude run. It would be like calling a rail dragster a "car".

If there are faster planes they are secret and not made public at this time. there have been rumors for years about "things" flying out of area 51 at night that have some pretty amazing flight characteristics but who knows....
You must log in or register to reply here.
Share:
Facebook Reddit Pinterest Tumblr WhatsApp Email Link
Top Bottom