Lone Wolf said:
I first saw the film when I was 17. We watched it after History class and at the time, I'd never heard of it. But even then, I was mesmerized. It has this element that most modern films can't even begin to replicate. The story was impeccable.
Click to expand...

Nice costume, Lone Wolf! Excalibur is one of my all time favorites, too.
Reactions: Selectric and Lone Wolf

Stevedog ! Man that is spot on. You got to have fun and you can convey that to the audience. There was a former Mr Universe that I worked out with quite a bit. Also Steve.

He gave me a lot of help back then. When I would go see him at a show he had total command of that stage. And that is because of preparation which she taught me, And he's Mr Universe and I'm not.

But that fun thing to convey to the audience was one of his keys. You can't fake out a hundred people. Maybe two. Not 6000.

And what is really troubling is Steve in the other two Mr. Universes that I worked out with were also kind of shy. But you have to put on a show.
Then you get 10 wins under your belt and you kind of get over it.
Steve passed away a long time ago but he taught me how to go have fun on stage.
He was just as frightened as I was. You know that story that your dad probably told you about the next guy in the next town or the next County will probably beat you.

You just never know.
That stuff can be contagious. The number 12 and # 13 shows that I won pretty much I was just having a good time. There was absolutely no way I was going to win in Cleveland that night but I sure got the crowd on my side.
Reactions: Benway, ozentity, Paulm and 2 others

Hey sorry about rambling I just wanted to get some thoughts on paper. Just want to work it out.
Reactions: Benway, Paulm, Selectric and 3 others

garnetsilver said:
Nice costume, Lone Wolf! Excalibur is one of my all time favorites, too.
Click to expand...

Thanks, Garnet! Your costume is nice too!
Reactions: garnetsilver

Paintman said:
He was just as frightened as I was.
Click to expand...

this is a spot on observation, paint..... everyone is scared, all the time. fear rules people, some people build a wall, some get hyper defensive, some hide away in avoidance....being controlled by fear to the point of being afraid to live life is a double edged sword. take a chance, use what you have, live and be happy. (for those who can "feel" others, its not all negative, there can be a bright up-side too... use what you have to better things. even in your careers, sales, art, writings, hobbies, etc... you know what people want, you can connect on a deeper level. use that.... sorry, not meaning to drift off too deep...lol)... anyways, Paint, ramble on....lol... if it gets people thinking or opens up other conversations or interests, its a good thing.
Reactions: Benway, Selectric, ozentity and 2 others

I enjoyed reading your ramblings, Paint!
Reactions: Selectric and Paintman

Thanks Garnetsilver, Paul.
I like to reminisce. I'm probably too young to be doing that at my age but then again I'm not young enough to do a lot of the stuff I want to do.
Right on with your observations about fear. That can be one heck of a motivator for good stuff.

I remember a conversation I had in a college dorm. Just like it was yesterday. I'm still friends with this guy. He was a Big Ten running back. We were watching one of the night shows and Mike Tyson was being interviewed. In the '80s he was the baddest man on the planet. And he freely admitted to a lot of fear getting in the ring.

And we just kind of looked at each other. Scared. Same. That's the kind of honesty you really don't see around the gym. I used to go home on the weekend to train with two guys that wound up being Mr Universe. And I remember my friend telling me it was okay to be afraid going into a contest. Told my football buddy what he said about a year later. Maybe that was confirmation. It served me well because towards the end I got more confident. Big 10 told me a few years ago that that discussion helped him in business.

And there is no compunction to admitting you are Barney Fife.
Reactions: Benway, Selectric, ozentity and 1 other person
S

Oh, are we rambling? Can I ramble too?!

My Drill Sargeant used to tell us that Fear is an acronym for False Evidence Appearing Real.

As humanity began to develop, fear was a useful way of avoiding danger. However, in modern times our fear tends to manifest itself more often in situations where there is no actual danger. Likely this is due to the relative safety of modern civilization. Without the constant threat of predation by nature and nature's inhabitants that our ancestors faced our minds have to create dangers for our fear response to develop.

So hearing the house creak, walking into a dark room at night or even standing up to speak in front of strangers are things people fear where there is no justification for that fear response from an evolutionary stand point. The fear in these situations is exactly as my Drill Sargeant said, false information that our minds are interpreting as actual danger.

I have actually spent a great deal of time studying the phenomenon of fear, down to the physiological affect it has such as pupil dilation and increased heart rate along with how those change perception and effect memories or motor functions. The old movie cliche of people being to scared to remember how keys work is actually proven by scientific studies. The most interesting bit I learned however was in study's listing the biggest or most common fears/phobias. Interestingly it turns out that public speaking is the most common fear, more so than animals, unknown (such as darkness), flying or even the fear of dying. This means that at a funeral there are more people who would rather be in the casket than giving the eulogy.
Reactions: Benway, Paintman, Selectric and 3 others

Paulm said:
fear rules people, some people build a wall, some get hyper defensive, some hide away in avoidance....being controlled by fear to the point of being afraid to live life is a double edged sword.
Click to expand...

It isn't just fear. It's also failure and disappointment and sometimes the walls will come up subconsciously. Just my two cents.
Reactions: Benway, Paintman, Paulm and 3 others

I'm sorry I couldn't resist. YouTube baited me. I'll post this and leave Excalibur alone. Maybe. But for your viewing pleasure- 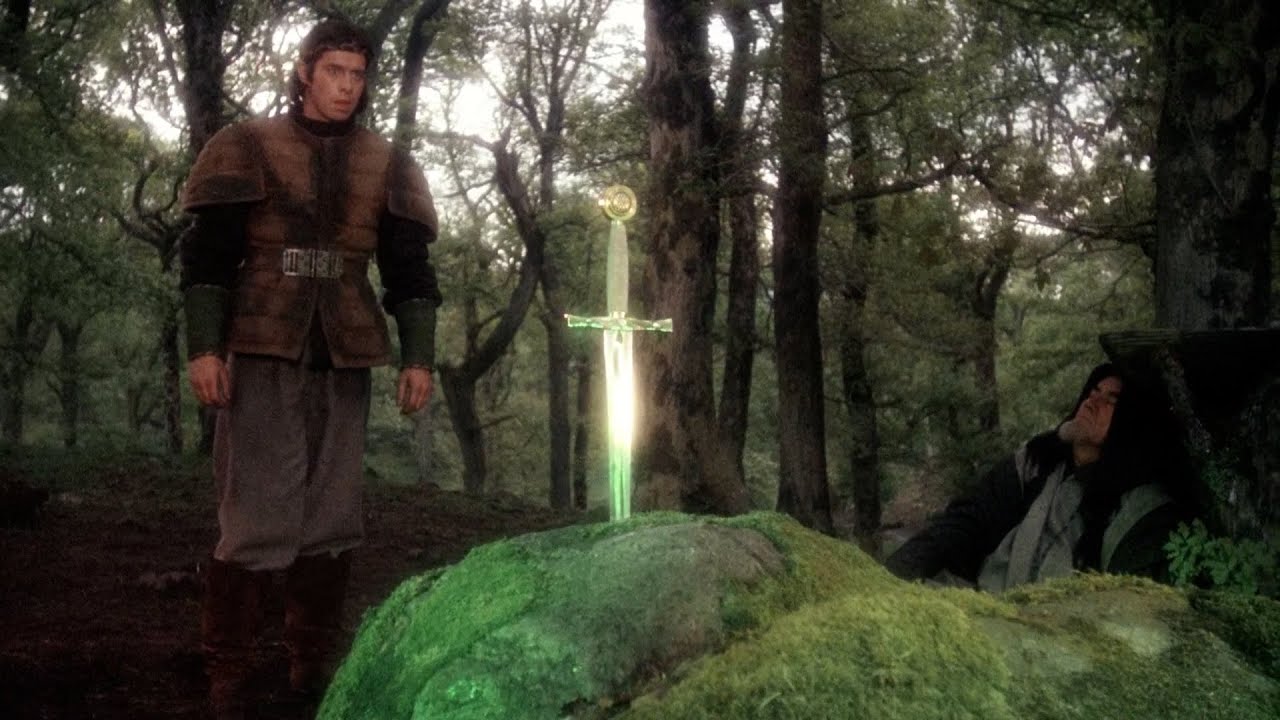 Excalibur - The Sword in the Stone

Arthur draws the sword Excalibur from the stone.