That Aunt or Uncle 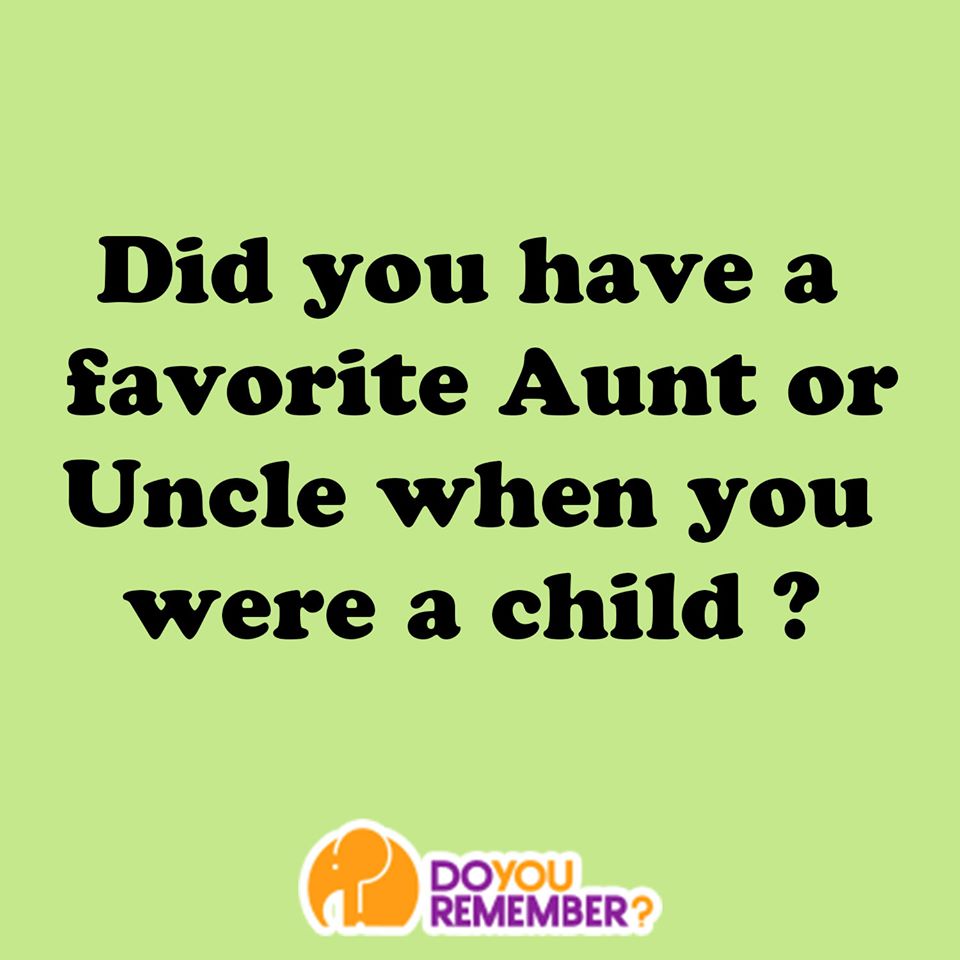 Mine was my great uncle Ces.My family are a mix of races mostly fair skinned but we have African/Jamaican ancestors and Unc took after them with dark skin and frizzy black hair.He also had the cool,happy always laughing demeanor and was great to be around.As you approached his home you always heard the laughing and felt the warm happy loving vibe.He was a big guy, 27 stone.The local kids called him Fat Albert and everyone loved him.Top bloke.
Reactions: WitchAndShaman, Benway, 7Christie and 1 other person

Not really! There was some kind of a family feud going on, and my mother and her three sisters did not get along at all. Now all but three of my aunts have passed on, I phone the youngest one frequently. Over the years, I have learned quite a bit about my family. I did not know my uncles very well, either.
Reactions: WitchAndShaman, 7Christie and ozentity

Kind of. Liked my aunt better than I did my uncle.
Reactions: WitchAndShaman, Lynne and garnetsilver

Hands down, my favorite was my Mom's oldest sister's husband. He was a self made man, a first generation Irish-American, who bore an uncanny resemblance to Senator Barry Goldwater. He was far removed from being politically correct, but had a wonderful sense of humor and a hearty laugh. What I found most endearing were his comments about my aunt/his wife, reminded me of UK television barrister Horace Rumpole's remarks about his wife, "She Who Must Be Obeyed."

Sadly he died while we were on vacation in the Caribbean (pre cell/smart phone days), so I didn't know he had pasted until we got back and had missed his services.
Reactions: WitchAndShaman, Soul Edge, Lynne and 3 others
OP

My Aunt Betty....little bitty banty hen of a woman who ruled...everybody. lol Her sense of humor was over the edge, she moved like a tornado, and she held back no thought or words that young ones should not hear! She was also loyal and loving to all the family.

Betty hated fishing, but my Uncle Bob loved it. When they came with us on fishing/camping trips, Betty would get in the boat and Uncle Bob would find a good spot. At this point Betty would get out her pole, cast two or three times and snag a tree. She'd then tell Bob to just keep fishing, retrieve her "tree fish" later, and open her book to read while Bob fished the spot. Amazing how Betty always caught a tree fish at every spot Bob chose.
Reactions: WitchAndShaman, Soul Edge, Lynne and 3 others

I had a great uncle that used to give us quarters, so I was happy to see him coming lol. You could buy a lot of candy back then with a quarter. I have very little family so I can’t say I had that special relationship.
Reactions: WitchAndShaman, Soul Edge, ozentity and 1 other person
S

It's too close to call from when I was a child. However, if I look at it now, then I would say my maternal aunt.
Reactions: WitchAndShaman
You must log in or register to reply here.
Share:
Facebook Reddit Pinterest Tumblr WhatsApp Email Link
Top Bottom