We are generally Dallas fans. We would like to be for Houston but it is owned by an idiot and run by imbeciles so it is hard to really care anymore. If they trade-off Watson and JJ Watt they might as well close their doors for all that anyone will care.

We are long time KC fans. I like Andy Reed a lot and Mahomes is wonderful to watch. I say long-time fans because before they moved and became the Kansas City Chiefs they were the Dallas Texans.

Watson at Houston is great but they have traded or dumped anyone that might help him. Dumping O'brian was a start but until the owner hires a football person to run the team they are never going to go very far. Right now it is run by a usedtobe Chaplin that knows NOTHING about football and seems to only be concerned with the bottom line and his total control. Watson seems like a good kid and deserves better so I hope he gets a good trade to a team that cares and at least tries to improve.

New England has been everyone's favorite Team to hate for a couple of decades unless you live or have connections there. They have just RULED that division so long that it was almost a waste for anyone else in that division to even try or think of a playoff game. Man, when Brady left it is like he took their heart with him. He is so good he stinks!!!

PS: Being an old fart I have to admit that I sort of like the idea of old man Brady getting one more ring to seal the deal about exactly WHO was the real power behind the Patriots team.
OP

TexDanm said:
PS: Being an old fart I have to admit that I sort of like the idea of old man Brady getting one more ring to seal the deal about exactly WHO was the real power behind the Patriots team.
Click to expand... 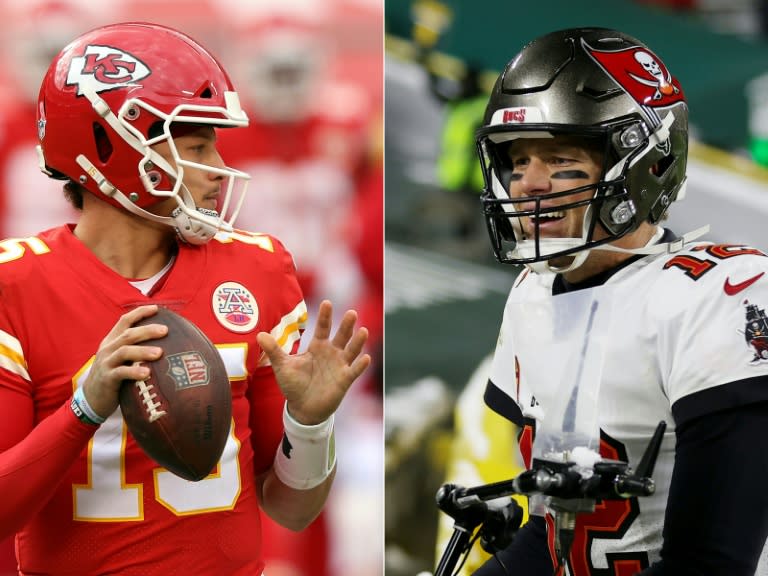 The greatest quarterback in NFL history faces off with the pretender to his throne on Sunday when Tom Brady and Patrick Mahomes go head-to-head in a Super Bowl clash of generations.