After 25 years of development, the next-generation space telescope has finally made it into orbit.

Since the telescope is placed almost one million miles away from earth.
Reactions: Lynne

Where is the James Webb telescope ? Live report
Reactions: Lynne and Debi

The graphics sure are a lot better than in 1969, lol. Back then all we had was anchormen holding models up to the camera, lol!
Reactions: Lynne

The Web Telescope mission is on track, successfully unrolling and deploying its sunshield. The next step is to stretch or tighten the shield for proper tension. 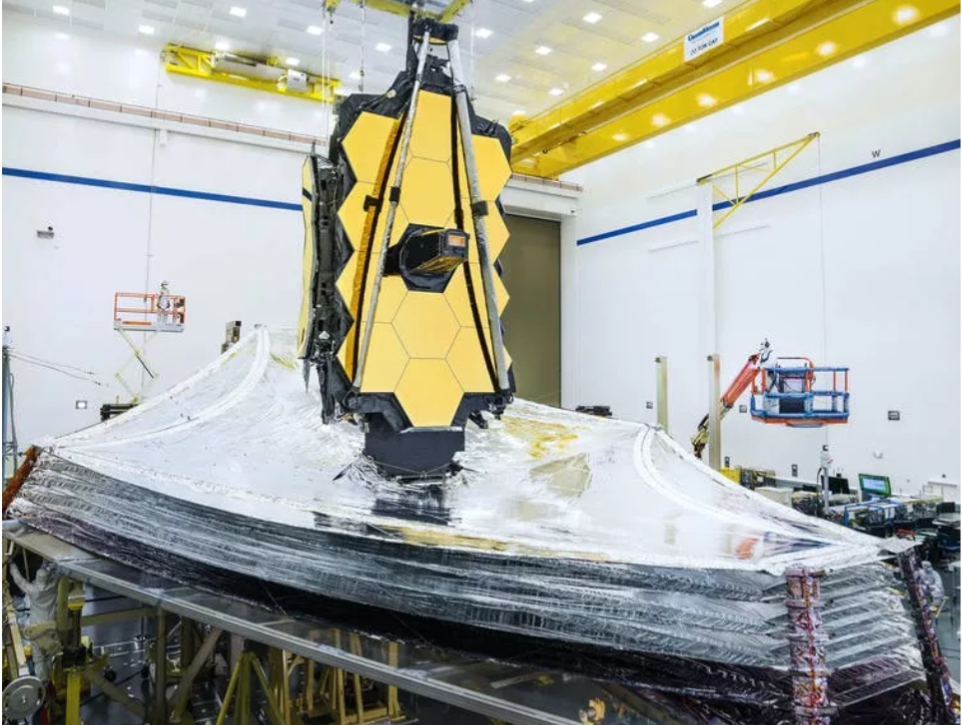 Here you can see a NASA laboratory view of the multilayer sunshield.

They have built a time machine ! It’s so incredible I can’t believe the main stream news isn’t all over this. It’s so remarkable I’d think they’d be following the story and talking about it. I haven’t seen anything, granted I don’t watch much news anymore, but there seems to be nothing reported about it. This is the greatest advancement in our information progress since the moon landing. It just goes to show what we can accomplish tog without racial bias and instead use the best of what we all offer to do great things. I can’t wait to see what this brings us. I hope the results are honest and not filtered to what the government wants us to know.

The iconic James Webb Space Telescope has completed the most challenging task of its mission: deploying the massive sunshield. The giant kite-shaped and tennis-court-sized sunshield is now sailing in full bloom towards Webb's final destination.

It started with the unfolding of the two pallet structures: forward and aft. This resulted in bringing the observatory to its full length of 70-feet. Then, the Deployable Tower Assembly separated the telescope and instruments from the sunshield and the main body of the spacecraft, thereby creating room for the sunshield to fully deploy. Following this, the aft momentum flap and membrane covers were released and deployed. The mid-booms deployment allowed the sunshield to extend to its full width of 47 feet. Finally, on January 4, 2022, at approximately 11:59 a.m. EST, the sunshield was fully tensioned and secured into position. This marked the completion of the intense task of sunshield deployment.

It’s a beautiful piece of tech for sure. It looks like a sailing ship. Amazing what the human mind can create.