WHAT SHENANIGANS HAVE YOU BEEN INVOLVED WITH THAT COULD HAVE GOTTEN YOU BUSTED OR IN TROUBLE IF YOU WERE CAUGHT?
(I DROVE THE GET-AWAY CAR FOR A BUNCH OF STREAKERS AT BURGER CHEF ONCE!)
WHAT MISCHIEF COULD HAVE TURNED OUT DIFFERENT IF YOU GOT CAUGHT? 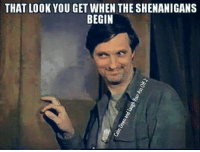 ​
Reactions: Benway, Paulm, Paintman and 3 others

When I was about thirteen, myself, my two brothers and my sister found that we had to go to summer school. We were outraged, having been looking forward to summer vacation. We attended though, and on the last day my eldest brother was supposed to pick us up from the school.

He was late, it was hot, and we were bored and hungry. We went back inside and noticed that the doors had been left open and nobody was around. We started fooling around and ended up trashing an empty classroom, wetting TP and throwing it at the ceiling, etc. This was before CCTV cameras, so when we came to our senses, we ran out of there hoping not to be found out.
Reactions: Paulm, Paintman, ozentity and 3 others

I can’t think of much , I am not a rule breaker by nature. Probably drinking under age. I don’t have any good stories that I can remember.
Reactions: Paulm, Paintman and Selectric
OP
OP

Lynne said:
I can’t think of much , I am not a rule breaker by nature. Probably drinking under age. I don’t have any good stories that I can remember.
Click to expand...

This is why we call you "Angel"...
Reactions: Benway, Paulm, Paintman and 2 others

I have to confess to a bit of drag racing on a few back roads in my youth. I loved my car! Quick as a bunny!
Reactions: Benway, Paulm, Paintman and 3 others

Too many to list lol. So i'll mention this one. A bunch of us were hanging out and somehow decided to crash a party at a campground nearby. We all went to this party not knowing anyone and smoozed with everyone saying how nice it is to see them again lol. Before we knew it we were drinking their alcohol and line dancing rofl. Oh...got to add this one. While we were dancing, my buddy leaned too far forward during some dance and got backhanded by some girl lol. (By accident of course)
Reactions: Lynne, Benway, Debi and 5 others

Another story that shall be relegated solely to a phone call. Statute of limitations are expired I'm pretty sure, but to be safe, nothing in writing. Next time we talk, Debi.....
Reactions: Lynne, Benway, Debi and 5 others

My mate and I used to breed parrots, when about ten we both ran out of seed one weekend with no stores open. My mate's older bro was a bad kid, about 15 and suggested we rob a feed supply factory. We loved our birds so agreed. We donned black tracksuits and stockings on our heads, cut the fence and broke the lock on the door. When inside we filled our bags with sunflower seed. There were pigeons nesting in the rafters so we said to mates bro to grab a baby we saw. He scaled about 20ft and grabbed what he thought was a fluffy baby bird and pulled it out. it wasn't a bird but a huge rat that bit bad bro and sent him tumbling to the cement floor below, lol. He was screaming he couldn't move so we panicked and left him there, laughing all the way home. The birds got fed, the bad guy hurt and we both got a beating off our mums when we couldn't explain the seed. I've never stolen before or since. We also got beaten up by bad bro a couple of days later when he recovered, lol.
Reactions: Lynne, Benway, garnetsilver and 6 others
S

In my younger days I was quite mischievous.

My high-school student body was an odd mix of gang members (this was Southern Los Angeles so they were actually gang members), lower class kids like me and also some upper class kids from the nicer parts of town. So whereas I lived in a neighborhood where all the houses had bars on the windows and more than a few had bullet holes in the walls, the kids in my math class lived in big houses with marble floors and swimming pools, one guy has these huge 10 foot tall front doors that just opened up to the foyer where regular sized doors led into the main house. So I was seen as a bit of a "bad boy" by these rich kids who liked having me hang around to make themselves feel rebellious, meaning I got invited to parties and other fun stuff.

At one party, things were going fine but it wasn't the wild,crazy kind of high-school party that you see in movies. One guy suggested they try to get some alcohol, which filled everyone with nervous excitement. The issue was how could a bunch of teenagers possibly get a hold of liquor, enter the "bad boy". I didn't volunteer (despite how I looked I didn't drink, smoke or do drugs) but everyone just sort of assumed that I had the hook up for alcohol. Before I knew it a collection had been taken and a sizable wad of money was shoved into my hands to go buy all manner of liquor. I played into it by taking orders, asking about specific brands or liquor that people wanted. Then my friend (who was the other "poor" kid at the party) and I went out to the car and drove away. He was freaking out because he had no clue how to get liquor either, but I had a plan. We drove to a convenience store, bought a few snacks and fountain drinks. We hung out in the parking lot for a while while we finished eating and drinking. We then drove back to the party where I put on an act saying that we had the alcohol but got busted by the cops. Thanks to my quick thinking they let us go but confiscated all the booze. I took out the change from the convenience store (my buddy and I kept the rest) and said that was all that was left from what they gave me. They were a bit disappointed but also excited to have "criminals" at their party.

There was another party at a house that was big enough to justify about 4 or 5 bathrooms. It was kind of dull so two of my friends and I went took turns going to each bathroom and taking rooms of toilet paper. Once we had a good amount we went out front and TP'd the house while the party was still going on inside. When we were done we snuck into the parents room and used their phone to call the cops, pretending to be a neighbor complaining about a loud party on the street. We then went back and mingled with others until the cops showed up. It was pretty wild because the cops saw all the toilet paper but nobody knew when or how it got there and the supposedly loud party was just a bunch of kids hanging out in a pool with a radio. The police came up with the theory that someone upset with the homeowner vandalized the house, a neighbor saw it and reported a "wild party". The cops told us to keep responsibly enjoying ourselves and left.

Between high-school, my one semester of college and my time in the Army I have enough material to write a few of those "coming of age" comedy movies.
Reactions: Lynne, Selectric, ozentity and 4 others
You must log in or register to reply here.
Share:
Facebook Reddit Pinterest Tumblr WhatsApp Email Share Link
Top Bottom