Nephalims are they real or not?

ParanormalMom said:
So again I apologize and I am gonna be doing alot of thinking about still being here. I feel bad that happened
Click to expand...

Stuff happens Mom. Myself, I've found myself in trouble here without seeing it before I stepped in it --- uhmmm --- well, enough.

So. To your original question. I think the picture's were proven a hoax. It is not so unusual that 'professionals' pull this stuff for a variety of reason's -- mostly either money or attention.

As to the Nephalim's. And as ever this is my opinion.

Yes. I believe they were real. I'm not saying that lightly, nor is biblical text my only research. However, from what I can glean... The Watcher's or Guardian's, who are not The Fallen, are those who mated with human women, so... The Watcher's and Human women would be the progenitor's of The Nephalim. The word 'giant' actually refers to 'intellect' not size. The Nephalim were born far more advanced intellectually then human's were at that time -- due to the fact that their father's were a higher/more advanced Being. In this thing, they began to enslave humanity for their own needs... when this had gone on for some long time, an Archangel witnessed the perversion and reported it to God... Archangel Michael was put in charge of straightening the madness out -- and He ordered the Deluge... making sure as many of The Children of Earth were safe as possible before it came. The Watcher's/Guardians took off to wherever (left Earth) and left their offspring behind... on purpose. And the Nephalim were eliminated to the last one.

You can find this story or a similar one, in every ancient cosmology we have access to. The name's may not be the same, with some being called God's, or Demigods, other's Angels, and still other's Star Lords... but the story IS the same. Try Sumerian, Egyptian, Mesopotamian, Babylonian, and even Hopi and other Native American Cosmologies... to find correlating mythologies.
Reactions: ozentity, Debi and ParanormalMom

ozentity said:
Because I'm not religious I tend to go on evolution with flesh and blood creatures.What really used to annoy me is I used to work with people who were constantly going on about lions living with lambs and eating grass at some point.They never could answer when I asked why lions have huge teeth and claws.I know paranormal stuff usually doesn't make sense but its not usually flesh and blood.
Click to expand...

I had no idea that anybody interpreted that saying like that. Why did they assume the lambs got to choose the menu? Can't they go alternate days, with scary flesh eating lambs on Tuesdays, Thursdays and Saturdays?
Reactions: Donna K., ParanormalMom and ozentity

The old Jewish accounts of the Nephilim are, I think, a reaction to Greek religion from after they were invaded by Alexander the Great and had to suddenly deal with the invaders' religion. Greek mythology is full of gods siring children with mortals, usually women. Many rulers claimed decent from the gods and Alexander himself was said to be a demi-god from such a union. The size thing is about sheer power either mentally, physically or politically.
Giants, I consider a separate issue, but a lot of stuff about the Nephilim is coded hatred of an invading culture and I feel shouldn't be taken literally.
Aspects about physically vast people I take as a different thing and find very interesting.
They would have to have really powerful legs though!
On terminology though I'd redefine 'Nephilim' from meaning giant to meaning 'foreign gentile fake ruler scum' and just call a giant a giant.
Last edited: Apr 20, 2019
Reactions: Donna K., ParanormalMom and ozentity

Benway said:
I had no idea that anybody interpreted that saying like that. Why did they assume the lambs got to choose the menu? Can't they go alternate days, with scary flesh eating lambs on Tuesdays, Thursdays and Saturdays?
Click to expand...

Lol,neither did I but after a couple of weeks I got the hint.I don't think I'd go into the cage of a grass fed lion,or a meat eating lamb for that matter.
Reactions: Donna K., ParanormalMom and Benway

ozentity said:
Lol,neither did I but after a couple of weeks I got the hint.I don't think I'd go into the cage of a grass fed lion,or a meat eating lamb for that matter.
Click to expand...

If I had to pick a lion to visit, I'd pick one that just ate lots of meat over one that somebody had been feeding grass every time!
Reactions: Donna K., ParanormalMom and ozentity

Benway said:
I had no idea that anybody interpreted that saying like that. Why did they assume the lambs got to choose the menu? Can't they go alternate days, with scary flesh eating lambs on Tuesdays, Thursdays and Saturdays?
Click to expand...

I got a hearty laugh out of that also... although I feel for Ozentity in the matter. I have dealt with some amazingly hmmm curious specimen's of human religious thinking since I came to these woods. This isn't even the bible belt -- this is evangelcrazy. They just make it up as they go I think. I have been called Witch -- which morphed into Satanist -- blasphemer -- and my favorite -- JEZEBEL -- real loud like that. lol. This is from the same people that kill a crow and hang it upside down by it's feet from a tree branch as a warning/omen to other crows every year. It is funny now, not so much while it was happening. I think this lamb and lion thing come's from "The Lamb will lie down with The Lion" but I'll tell ya, I have never heard the eating grass together thing. An interesting interpretation and a clever way to twist the word's for the vegetarian agenda.


Benway said:
The size thing is about sheer power either mentally, physically or politically.
Click to expand...

That's my take on the thing. I think it's a good thought on 'foreign invader scum' but I have traced the basic story back as far as written language has existed and beyond to translations of Oral History's. So, whatever the truth of it, it can be traced back into the mist's of time way before Greek Cosmology. Biblically speaking, the meaning of the word Nephilium could very well have translated into 'foreign invader scum' . Both Nephilium and Nimrod can be found in biblical texts and seem to be separate entities. But the origin of these word's and the story is far far older. The first archived written record's of these name's originated in Urak, in Ancient Sumeria, and date back to somewhere around 3400 BC. Here the word Nephilium is often associated or interchanged with Nimrod. Nimrod is said to be a Sumerian lower God who seeded the Tree of Life and was also the culprit who built the Tower of Babel and faced the wrath of God causing the great flood/deluge as punishment. Interesting enough, Ancient Sumerian's also complied the Sumerian King's List which supposedly recorded all the ruler's of Earth over 400,000 years, which included God's, Demi-God's and/or Immortals. Nimrod is said to be on this list.

Whatever the truth of the beginning of the story, it is surely not easily dismissed or categorized.
Reactions: Benway and ozentity

Darcy said:
hmmm curious specimen's of human religious thinking since I came to these woods. This isn't even the bible belt --
Click to expand...

I think inbreeding does something to how the brain is wired,it seems to be a common factor in any back woods area in any country.If your a blow in, your never accepted and do you really want to be, lol.Where do you go to get some peace(on Earth)?
Reactions: Donna K.

ozentity said:
If your a blow in, your never accepted and do you really want to be
Click to expand...

That set me to smiling. In the end, I was accepted by the true hill people/Old One's or 'hillbillies' as they are called but for the rest, not so much. 33 years later, I am the Old One as all the rest have past on. Now, I am dealing with survivalist wanna be's and conspiracy theorist and "Merica! Civil War! nuts who move out here from the city's and spread their hate and disrespect the people -- and think they have it all down. they start by clear-cutting the land, then generally dam up free flowing streams, next they put up electric fence's and camera's and consider themselves safe. In general, trash the very environment that any true 'wood's' person knows is the only sure asset in surviving. They don't mess with me though. At least not but once. There is a benefit in everyone thinking you're batsh*t crazy.
Reactions: ParanormalMom, Benway and ozentity 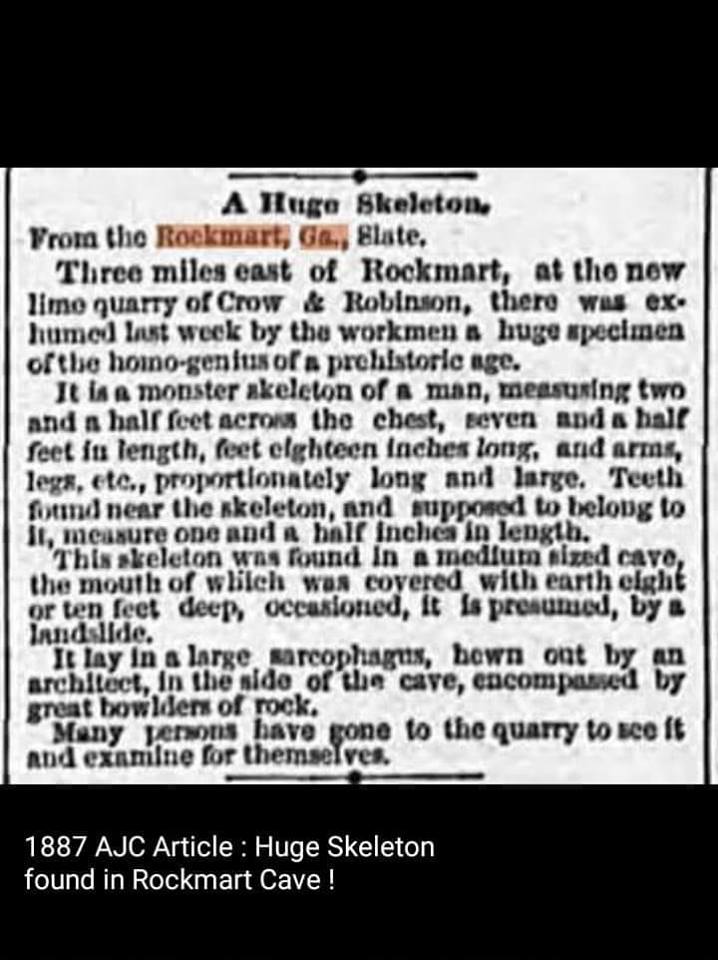 I will be discussing the Nephilim with a biblical scholar on the live edition of Mysterious Matters. He's one of the few who is actually willing to discuss these things in depth and actually has the background to back what he says. His research goes back to the oldest known biblical texts.
He's able to read ancient Hebrew, among other languages.
Reactions: Donna K., ParanormalMom and Charleh
You must log in or register to reply here.
Share:
Facebook Reddit Pinterest Tumblr WhatsApp Email Link
Top Bottom