Nephalims are they real or not?

Ok now before I put the info and some pictures I have found on here let me ask you all this. Alot of people say nephalims are not real, but how can they say that since they were not back then? And that the pictures are a hoax? Now as these people are archeologist this is there means of money, so why jeopardize their livelihood and their reputation as being an archaeologist? Because then they would not be able to have a job in anyone believe them. Ok so here it goes
The Nephilim /ˈnɛfɪˌlɪm/ (Hebrew:נְפִילִים, nefilim) were the offspring of the "sons of God" and the "daughters of men" before the Deluge, according to Genesis 6:1-4.

A similar or identical biblical Hebrewterm, read as "Nephilim" by some scholars, or as the word "fallen" by others, appears in Ezekiel 32:27.[1][2]

When people began to multiply on the face of the ground, and daughters were born to them, the sons of God saw that they were fair; and they took wives for themselves of all that they chose. Then the Lord said, "My spirit shall not abide in mortals forever, for they are flesh; their days shall be one hundred twenty years." The Nephilim were on the earth in those days—and also afterward—when the sons of God went in to the daughters of humans, who bore children to them. These were the heroes that were of old, warriors of renown.

— Genesis 6:1–4, New Revised Standard Version
The word is loosely translated as giantsin some Bibles and left untranslated in others. The "sons of God" have been interpreted as fallen angels in some traditional Jewish explanations.

According to Numbers 13:33, they later inhabited Canaan at the time of theIsraelite conquest of Canaan. 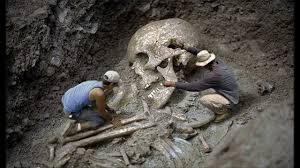 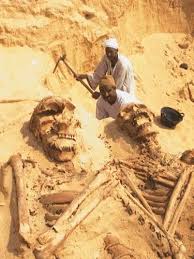 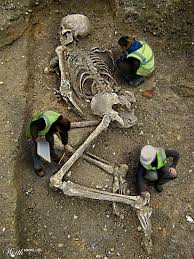 So what are your thoughts on this matter?
Reactions: JohnHermes

Snopes says those images are fake.

I'm curious where these pictures truly come from. I personally believe the nephilim and giants (not necessarily the same thing) existed. I don't believe they do now. According to some religions the flood of Noah's day was to destroy them and other "wickedness". I'm not sure I trust these photos though.

Krypton said:
I'm curious where these pictures truly come from. I personally believe the nephilim and giants (not necessarily the same thing) existed. I don't believe they do now. According to some religions the flood of Noah's day was to destroy them and other "wickedness". I'm not sure I trust these photos though.
Click to expand...

Link above identified the sources of the images.
OP

Krypton am with you on that I have heard the same thing. And I must of believe they did exist very long time ago.
OP

FACT CHECK: Is This 'Goliath Skeleton' Real?
Click to expand...

That's why I asked what you all think.
It is nice to have discussions, with other ppl.
Do I believe at one time they existed yep sure do, but that is my belief. The photo's are cool. Guess some ppl would risk there reputation on lies. But also that's the problem alot of ppl fake so much on line to get there 5 min of fame, but then when something is found no one believes what is found.

I don't believe giants of that size ever existed for one reason,When you look at over size people today most can hardly get around,humans are not built to be that big.The really big people now are plagued with illness and they are less than half the size of those skeletons.It doesn't make sense on an evolutionary path.The same as dogs humans have a limit in size to be able to exist.
Reactions: 7Christie and ParanormalMom
OP

That's what I like about discussions we all have our own thoughts on stuff, but nephalims were only half human
Reactions: 7Christie

Because I'm not religious I tend to go on evolution with flesh and blood creatures.What really used to annoy me is I used to work with people who were constantly going on about lions living with lambs and eating grass at some point.They never could answer when I asked why lions have huge teeth and claws.I know paranormal stuff usually doesn't make sense but its not usually flesh and blood.
Reactions: Benway and Charleh

To put it simply, I tend to see humans as a hybrid creature, being both physical and spirit. But not in the same way as the nephilim.
Reactions: Searchingtheweb and ParanormalMom
You must log in or register to reply here.
Share:
Facebook Reddit Pinterest Tumblr WhatsApp Email Link
Top Bottom