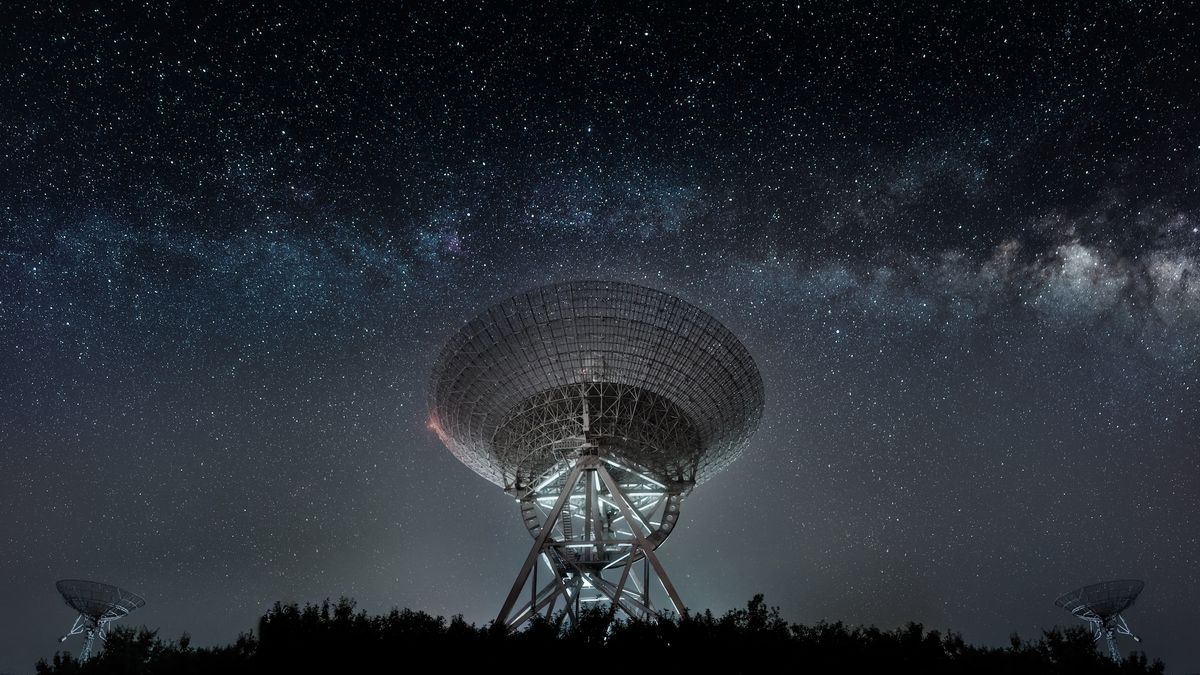 What messages have we sent to aliens?

These messages might just be shots in the dark.

Do we REALLY want to give them a map and GPS coordinates????
Reactions: ozentity

Oh, they already know we are here. The smarter ones ignore us. I think these messages are more for our own benefit, the space-age equivalent of a time capsule.

My favorite short story on the subject of contacting aliens:


They're Made out of Meat
Reactions: Rowan2222 and Debi

I wouldn't bother. They have been receiving our radio and TV signals for over a hundred years now and probably gave up after watching the Marx brothers.

What would be interesting is listening to other nearby planets.

In radio it is usual to transmit to the other side of the world by bouncing the radio wave off the ionosphere, but you can also reflect it off other things such as layers of warm air, aircraft or even the Moon. So it is quite possible to reflect a transmission from another planet - and may take years to get the reflection back.
So if we were to listen to planets we may hear radio waves reflected that originated from this planet many hundreds or even thousands of years ago.
That would be interesting, considering we only officially invented radio transmission 130 years ago.
Reactions: Debi

What messages have we sent to aliens?

These messages might just be shots in the dark.

Do we REALLY want to give them a map and GPS coordinates????
Click to expand...