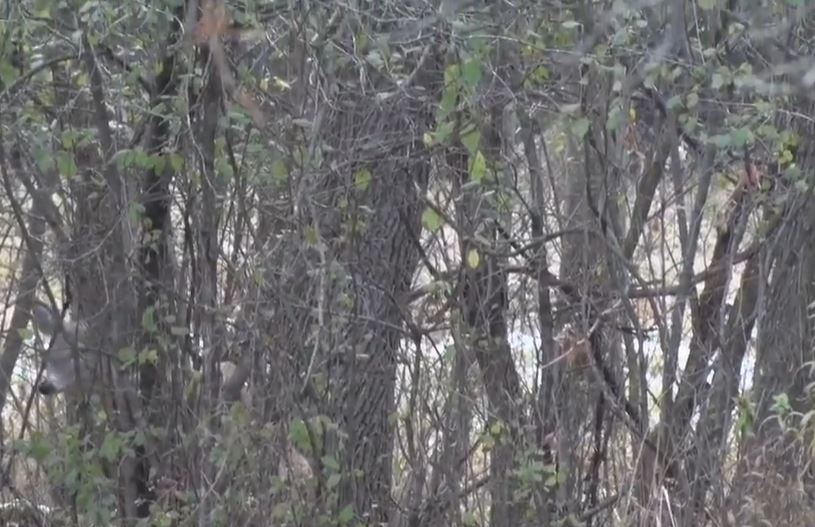 Man quits hunting after spotting a Bigfoot through scope

OK, I guess that I am just twisted but if I had ever seen a for SURE sasquatch I would have wanted to spend even more time in the woods looking for that rascal. There has not been a single confirmed case of a bigfoot actually doing any great bodily injury to a person in modern times. tey like to toss rocks but note that somehow they NEVER manage to actually hit anyone. Even a blind hog will occasionally find an acorn so unless they are making sure NOT to hit anyone then they are not actually throwing the rocks AT anyone.

They are supposed to be able to either run down or sneak up on deer as their primary large food source then the stories of bigfoot chasing people are about it just chasing for fun and NOT making any real effort to catch people. Human beings are actually one of the slowest large mammals in the world. Our talent is adaptability and intelligence, not speed or strength.

I believe that IF bigfoot is a real physical creature that it is MUCH closer to man than to say a chimp or gorilla in mental ability and has a sense of humor much like ours. Mostly they avoid us like the plague but like us, their juvenile members are less cautious and more likely to do silly and possibly dangerous things in a sense of play or in search of a little excitement.

Even the extremely rare mountain gorilla has more confirmed attacks on people than the bigfoot creature yet according to a map that I saw the other day there are people spotting this creature ALL OVER the country.

My conclusion is that either this giant hairy hominid is a generally very gentle retiring creature, some sort of visitor from another realm or it is a mental memory from humanity's past that under certain conditions is triggered as a multisense hallucination. The fact that Homosapien-sapiens is the only survivor of the MANY branches of that tree indicates to me that the different lines were mostly predatory against each other. Look at all the different types of cats, snakes, monkeys, and even rodents that there are and yet only ONE of the many branches of the Homo tree survived... that we know of for SURE.

People fear the unknown. There seem to be certain things that people fear instinctively and are born fearing. The truth is that the only creature that humanity has to fear in the sense as a threat to its extinction is man himself. That has always been true and is one of our instinctive fears. Stranger-danger is something that kids generally have to overcome. If there is an instinctive fear of unknown people then what could be more terrifying than a 7 or 8 foot tall nearly 1000 pound hairy manlike creature?

I believe that were I to ever encounter a bigfoot that my curiosity would fat outweigh my fear. Understand though I never go into the deep forest unarmed. I nearly always have a gun and either a belt knife or a hawk with me. Even with that said, I would ONLY harm one of what I believe to be a cousin in the last stand of self-defense in a life-threatening situation. I would actually be more likely to harm an attacking human than a bigfoot. I KNOW that there are people that seem to like to harm people but am not convinced that this is true of our possible near but bigger and hairier cousins.
Reactions: Debi
You must log in or register to reply here.
Share:
Facebook Reddit Pinterest Tumblr WhatsApp Email Share Link
Top Bottom