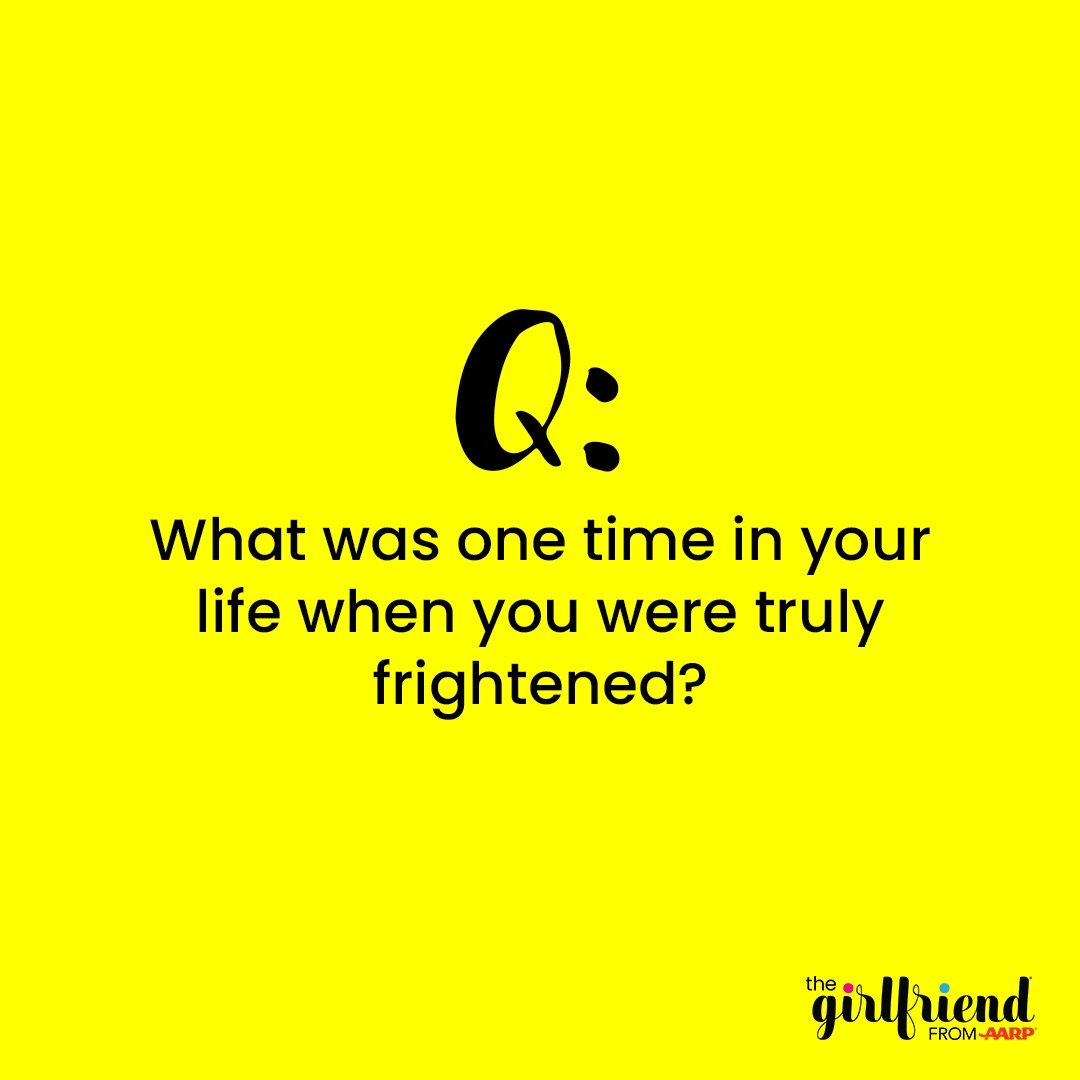 My first earthquake. I was 9. I thought it was "the bomb" and I hid under my bed. It left a big crack in one wall of our house.
Reactions: Paulm, Selectric, ozentity and 3 others

When I was a child, my father was running some errands so he took me along as well as my younger brother and sister. He left us in the car while he did one last errand, and we got bored and started wrestling. My brother tumbled over the front seat and his foot foot hit the gear shift. The car shifted into neutral and started rolling. We screamed in terror, sure that we were going to have an accident. The car only went a short way, fortunately and we hit another parked car. No one was hurt, but we were terrified!
Reactions: Paulm, Selectric, ozentity and 1 other person

When I had my worst paranormal experience. Nothing on earth could have frightened me more.
Reactions: garnetsilver, Paulm and Selectric

I have had some close calls through life but in all honesty, i think the truly worst of the worst nightmares i had when i was a child frightened me the most. I look back now in amazement how incredibly different i am to my young self. What could possibly have caused such horrific dreams? I still think back to my childhood home and the overall sense of unease as a young kid. Was it the house/area/whatever tormenting me? In more recent years, the dreams of my visitor couldn't even touch those. I guess through it all i have broken the nightmare scale and no longer have them. Those coffers are empty...so now i dream of work rofl. Oh joy lol.
Reactions: ozentity, garnetsilver and Paulm

I think it was April '19. We were early in the Severe Weather season, and this day, a Thursday wasn't any exception. I was wrapping it up for the day and it was very early afternoon when multiple tornado warnings were starting to be issued, one of which was in the eastern half of the county I had been working in as I was headed back in that direction. The sky was starting to grow even more ominous looking, and the rain was starting to pick up in intensity, so I pulled off onto an exit and hit the highway back into town over the interstate.

A few miles inward and in the nearest town, it grew so much worse that I pulled over into a parking lot and made a run into another one of my stores to take shelter. But at one point, the sky was nearly pitch black, not a bird was in the sky and there wasn't so much as a noise to be heard. It was quiet. Too quiet. The tornado was near, but luckily, it was gone just as quickly as it had arrived. The tornado was one thing, but the lack of everything life was just eerie.
Reactions: garnetsilver and crux
You must log in or register to reply here.
Share:
Facebook Reddit Pinterest Tumblr WhatsApp Email Share Link
Top Bottom