I want to run a little experiment. It is not designed to catch anyone out and there are no right or wrong answers. I just want to get people's opinions from 'evidence' submitted online to a very well-known, and well-established, paranormal association within the UK of which I am a member.

The picture below was submitted by someone who took a picture of their uncle fishing. They state that when the picture was taken, there was nobody around, nor was there any other strange objects identified in the background. There are no statues around the fishing lake (it's the UK - we are not that posh!). The person who took the picture also states that looking at the picture that came out, the 'oddities' seem approximately the same distance away from his Uncle fishing as was the photographer to him. His Uncle substantiates the claim that there was nothing else around at the time and his nephew is not known for being imaginative: 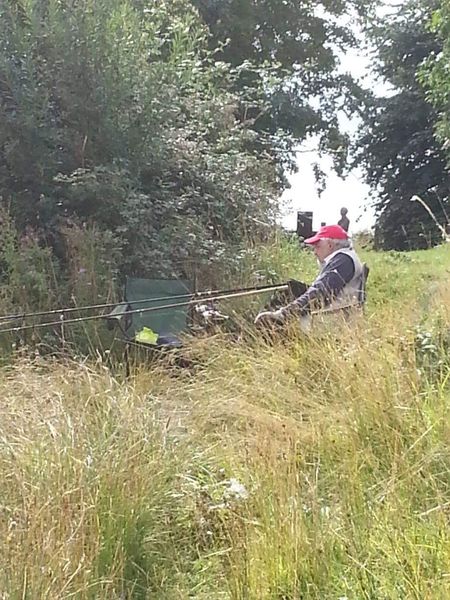 This is the area in question zoomed in and cut from the original:

The photographer went back a couple of months later (during a break in lockdown) and took another picture from the same area, following roughly the same direction of view and posted it up: 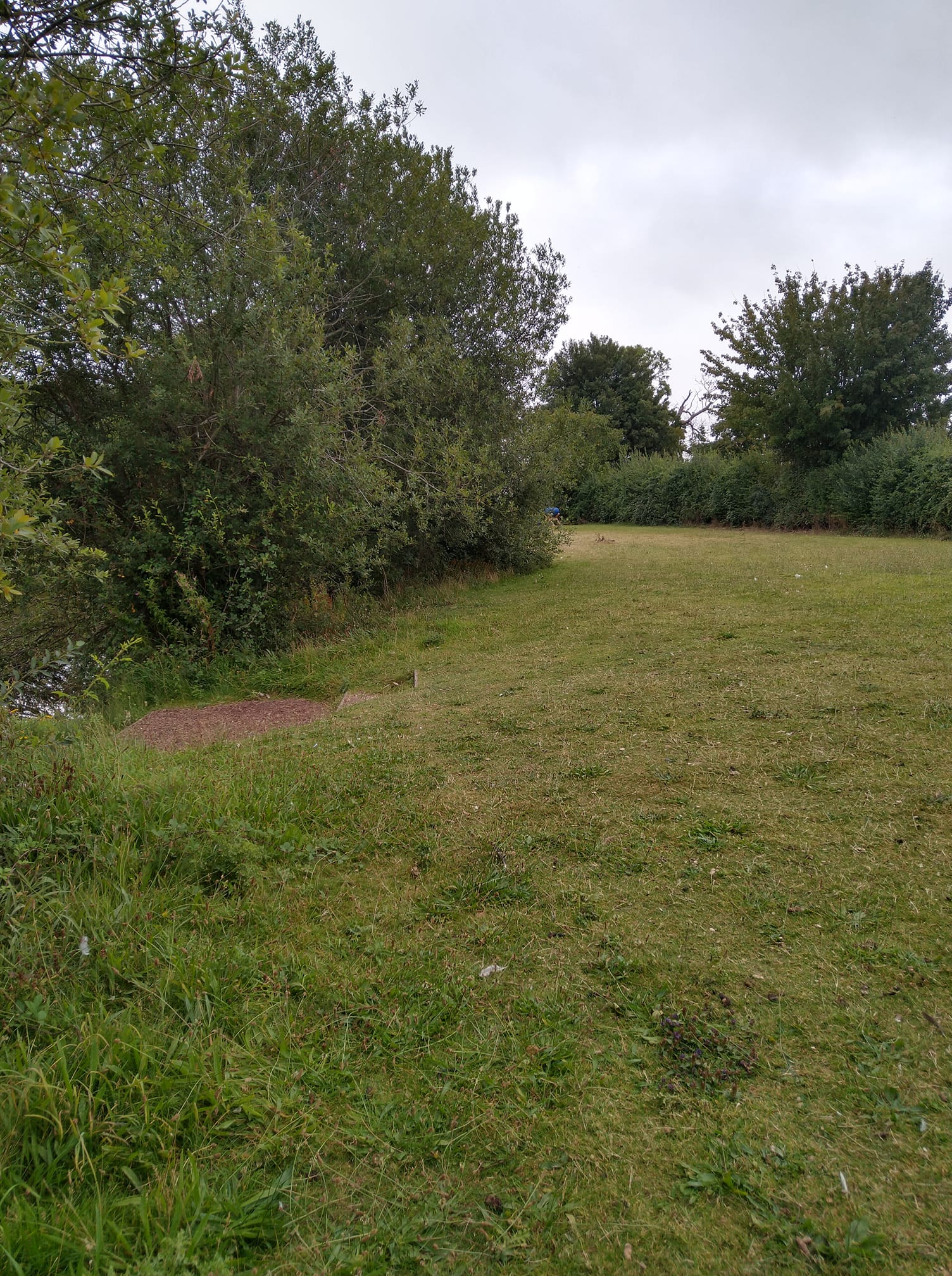 Both images were captured on a mobile phone.

I will let this run for a day or two to let people comment on it. I will then follow-up and give my own opinion......
Reactions: Lynne

I have stared at this for awhile and I'm not sure what to make of it. The objects do seem to be more statue like than living.

It would be nice if the first photo had better resolution like the second photo. The fuzziness of the first wants me to be suspect that it's a fake.
Last edited: Mar 1, 2021
Reactions: Paulm, ozentity and Paintman

I think the square object in the second picture is a doorway to the hidden universe.
Reactions: Lynne, garnetsilver, Paulm and 1 other person

Faked, imo. Because if you look at the objects in the background, you will see a darker coloration around the edges where it touches the other objects. And that darker color is only where it would be likely to be a cut/paste photo shop into the main photo.
Reactions: Paulm, titch2k6 and ozentity

My immediate thought is a double/multiple exposure or some type of photoediting, but I'd think a qualified photo analyst should be able to spot that without too much difficulty. I'd leave that to the professionals.

The structure in the first photo looks somewhat like towers and/or battlements I've seen on dilapidated castles/manor houses/CoE churches in the UK and Ireland. The human like figure looks to be between the fisherman and the structure, probably closer to the fisherman. I agree with Critter, the figure looks more statue than human.

I'm a bit skeptical the two photos show the same location and/or were taken just a couple months apart. I'd be asking when were the brush/overgrowth cleared out and trees trimmed, and by who? Clearing out that area to what we see in the second photo was not a trivial exercise. Was that even something that could legally be done during lockdown?

I'm sure there are those calling this a time slip, portal, or some other paranormal occurrence, but I'd have dozens of questions before even considering such an explanation.
Reactions: Lynne, Paulm and ozentity

Just curious, is the man in the red hat Bernie Sanders ?
Reactions: Lynne, Cat Man, Paulm and 1 other person

There is no way that the tree in the place where the background man was in the first picture grew to that height in months. Meanwhile, the trees in the foreground shrank to less than half the height that they were in the first picture. My guess is that the second picture was taken first and then the other with the man in it were taken more than a few months later...more like years than months for the trees to grow that much. The stuff in the background looks like cardboard cutouts to me that were added into the picture when the background in that area was erased on a computer.
Reactions: Paulm and ozentity

As Dan said about the tree growth, just that fact doesn't make sense of the claim to me. I was a bit worried about the guy sitting near a creek in long grass then remembered it's the UK not snake infested Oz, lol.
Last edited: Mar 2, 2021
Reactions: RoseRed, Lynne, Paintman and 1 other person
OP

UPDATE: Contacted the photographer yesterday via social media to clarify the dates of these pictures, as what was released by the association did not make sense as some of you have picked up on. Someone wants shooting as they have recorded things completely wrong........

The original picture of the uncle fishing was taken in 2013. The photographer went back to the spot in August 2019 during a break in the UK lockdown.

Further information from the photographer - the pictures were taken at Hawstead Fishing lakes, Suffolk. The fishing lakes are out in the middle of nowhere - literally: 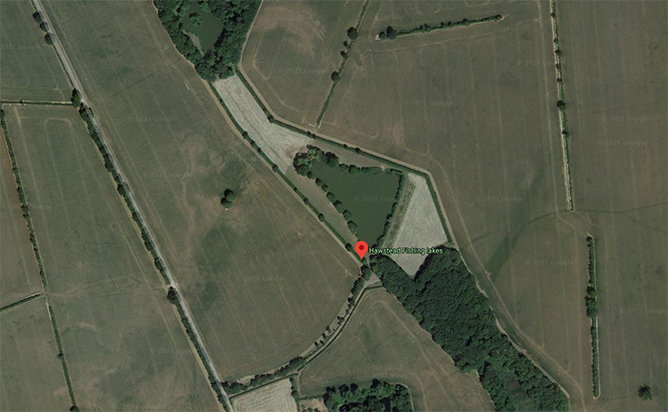 Talking to the photographer, the approximate spot where the picture was taken is marked on the picture below and there is clearly no statue or buildings around. As this satellite image is from 2020, I have also contacted the owner of the lakes (which was an interesting conversation!), who has confirmed that there have never been any structures or statues on the land around the lakes. 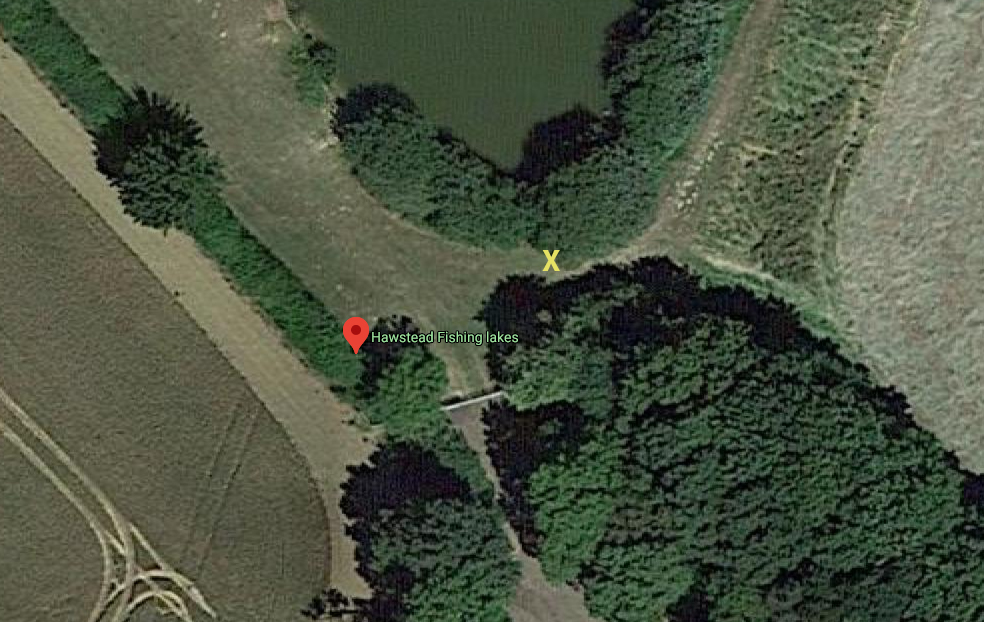 titch2k6 said:
who has confirmed that there have never been any structures or statues on the land around the lakes.
Click to expand...