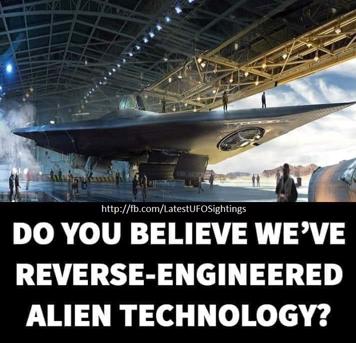 There is no right or wrong answer here. It's what do YOU believe?​

I've thought about this quite a bit recently. If they started analysing material from space craft in 1947 (which is when I assume they started, having captured the fallen craft at Roswell?), then I feel sure we would know about it by now if they had succeeded.

The reason I think that is because anything that is developed for the military and is "top secret" is only that way for a certain number of years - after a while (and certainly after 50+ years) it becomes public knowledge. If we are using alien tech, I feel sure it would have leaked out by now.

Maybe I'm wrong, but that's just my gut feeling on it. Others on here will certainly be far more knowledgeable about it than I am, so I'll happily be corrected.
Reactions: Duke and Debi

I don’t know if we’ve figured it all out yet but I do believe that our fast jump in technology in the last 20 years is from this.
You must log in or register to reply here.
Share:
Facebook Reddit Pinterest Tumblr WhatsApp Email Link
Top Bottom