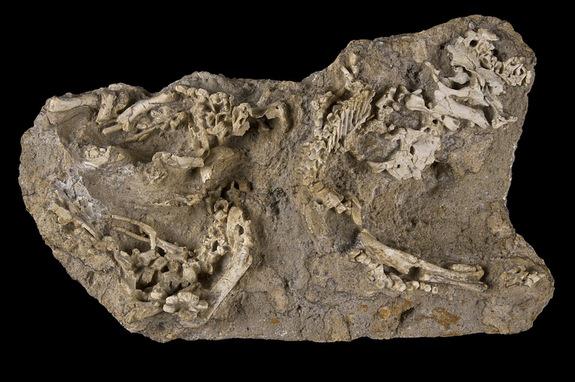 Paleontologists have unearthed a nest full of baby hadrosaurs in a fossil-rich region of Mongolia.
The find, which has been likened to opening up a new chapter in a family photo album, offers a unique opportunity for researchers to study the dinosaurs in their very earliest stages of life.

Located in the Gobi Desert, the nest is thought to contain the remains of at least three infants.

The youngest Saurolophus angustirostris ever found, the baby dinosaurs exhibit significant anatomical differences to the adults such as the lack of the species' signature head crest.

The nest itself was thought to have been situated on an ancient flood plain and was most likely swept away by rising water levels before being buried in the sand and dirt.
Reactions: Paintman, 7Christie, Mokey and 1 other person
You must log in or register to reply here.
Share:
Facebook Reddit Pinterest Tumblr WhatsApp Email Link
Top Bottom