We'll be coming off a three day weekend soon! Some may want to stretch that to four days!
​
People have called in sick to work with amazing back stories, some true, others not so much. What were some of the more unique reasons you have used or heard of being used by others for calling in sick? 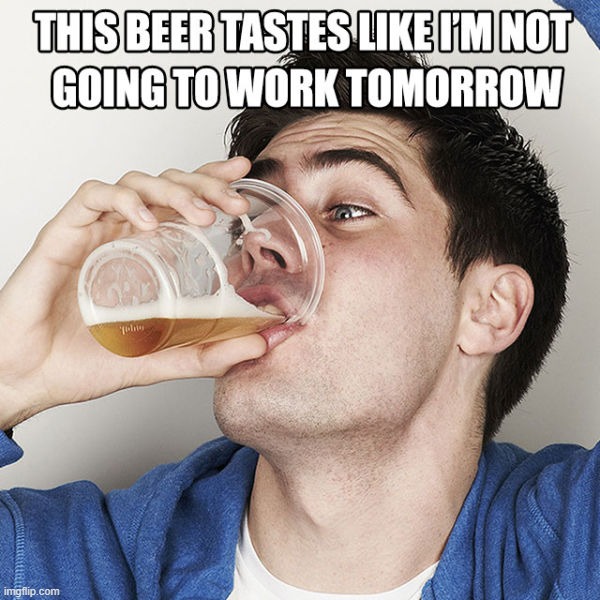 I could always honestly say that I wasn't feeling good... I honestly didn't feel like going to work and the thought of it made me sick!!! It was sort of funny, once I went to work for myself with Dansco I never had that problem.

I genuinely liked being my own boss and having my own customers. Maybe part of it was that any customer that was an asshole would never get me to come out for them again. For a few, I was their last chance because nobody else would go out for them. There were some that had to cut me a check for my service call before I would look at their stuff. Some had to show cash before I started. In a small town, word gets around fast if you give someone a hot check and make them take you to court to get paid. A few just had to either buy a new appliance or load it up and take it to Houston to find someone that would look at it.

It was sad, the people that did things like that were not poor people. More than likely they were the ones living in a country club subdivision and driving a new fancy car. I had one witch get just plain nasty. She couldn't understand why I was being so mean over a little hundred-dollar bill!! It took me six months and a trip to small claims court to get paid...but it cost her four flat tires that couldn't be repaired over the following year. I was considering putting sugar or salt in her gas tank.

She had screwed so many people that she had not a clue which person she had screwed to try and blame it on. Eventually, I understand that her ONLY option was just to buy a new appliance when one quit. The store would deliver it but they didn't cover the warranty work. Nobody within about 70 miles would come out for her even for warranty service. I wouldn't even work for her for cash in advance.
Last edited: May 30, 2022
Reactions: ozentity, RoseRed, garnetsilver and 1 other person

I very rarely call out There were a few times throughout life when yeah, i called out because didn't feel like going to work, but mainly when i was younger. I called in late to work one day because we got stuck in the middle of the woods trying all night to get car out of a huge mud hole lol. Only ONE time i called out drunk lol. And i honestly told my boss that lol. The other guys were mad cause the boss was fine with it. The answer to that, well, he was honest about it lol. Plus my jobs were caught up, so one day won't set site back. Now...the best call out message was from a guy i worked with years ago at another electrical contractor company. His reason for not being able to come into work was he was abducted by aliens lol. I think everyone cracked the hell up...my boss....did not. The guy that called out had a huge walk through on a job that day and boss had to drive an hour and half to two hours to do the walk through in his place.
Reactions: ozentity, Paulm and garnetsilver

Due to the intricacies of the federal government employee time keeping and sick leave processes, it's possible to have left over sick days that are either used prior to or forfeited upon retirement. In my case I had 9 days to use or lose from August through the end of the calendar year at which point I was retiring.

I started out with fairly benign reasons for calling in sick, but as time went along I got more creative. For a while I claimed I was suffering from various maladies/illnesses I nicked from episodes of "House," including Addison's Disease, Wilson's Disease, psittacosis, brucellosis, etc. No one ever questioned these as it was common practice to use those sick days playing out the string rather than lose them.

The week between Christmas and New Year's, I still had one day left. I called in on the morning I decided to take off my last day of sick leave and solemnly told the young female admin type I wouldn't be coming in because I was lactating. I'm still unsure if she didn't know what that meant, didn't understand me, or just didn't care. All she said was, "Thank you Mr Duke, I hope you feel better. "

I never called in sick unless I was too sick to get dressed and go to work. I remember a woman who got a job at the doctor's office I worked in, she was hired and told to show up Monday morning. She came in filled out all the paper work, was shown her desk and then left for lunch. She never came back that day and when her boss called her she claimed her car broke down, it was before cell phones, but there was a pay phone on every corner. She came in the next day, clocked in, went to the bathroom and disappeared until time to clock out for lunch. She got away with this for 2 weeks when the secretary, who sat by a window noticed she would clock in, log her computer on, and then "go to the bathroom" but she made the mistake of parking by the secretaries window. So someone called her and told her to come talk to personnel. She called and said her granny was sick and she was in Santa Fe with her granny. She must have gotten away with this at other companies. So she got about a weeks pay and we never saw her again.

Another on also used the sick granny excuse when she realized someone had figured out that she was stealing and would be fired. She never came back but she called in every day. Her boss was the only one who did not know about the stealing.

I did get very sick once and my boss was the type that told us he expected we make up any PTO time we used to go to the doctor (so clueless). It was not company policy to require a doctor's note if someone was sick more than 2 days but he wanted to. I called in everyday (I had the flu) and the fourth day he asked "What did the doctor say?" I was in bad shape and yelled at him "It's a virus! What is a doctor going to do about it?" and then hung up on him. He never said another word to me about it. I grew up in the generation that was told "if you have a virus, stay in bed, do not go to the doctor. There is nothing to be done for a virus except rest and plenty of fluids."
Reactions: ozentity, Paulm, Debi and 1 other person
L

Location
Rather not say

I only called in sick if I was actually sick, even then I feel guilty.
Reactions: Debi, Selectric and ozentity