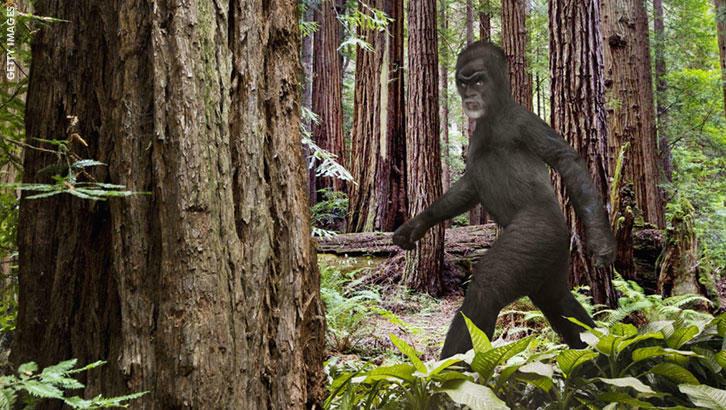 An intriguing piece of footage from Michigan shows a rather sizeable creature in the process of crossing a river and some suspect that the strange beast could be Bigfoot.
www.coasttocoastam.com
Reactions: Black Cloud

Why did Bigfoot cross the river?

To get to the other side.

Sorry, it's early yet.
Reactions: titch2k6, 7Critter and Black Cloud

One of my brothers still lives in Michigan. He is an avid hunter and has encounter some scary things in the woods and swamps of Michigan.

That video is pretty poor quality, in fact to me it could just as easily be a human being, dressed in earth tones and carrying something in a bag or rucksack.
Reactions: titch2k6, ozentity and Paulm

I was getting ready to post this video after finding it on another site. It looks like a hairy, fat guy carrying his dog across the stream to me.
Reactions: ozentity, Black Cloud, GoneWestUtah and 1 other person

** September Member of the Month **

Duke said:
I was getting ready to post this video after finding it on another site. It looks like a hairy, fat guy carrying his dog across the stream to me.
Click to expand...

i was thinking that bigfoot has been eating good, myself..
Reactions: ozentity

I can't see the figure has any hair apart from grey hair on the head. Guy carrying something I think.

The 'party pooper' has arrived!!!!

Okay, (get ready for it..........), after analysing the video (yay!!!!), this is definitely a person. They are sporting a large backpack and in my opinion, the kayaker was really lucky if he was out alone, as I believe the figure was armed.....

So, let's break this down: 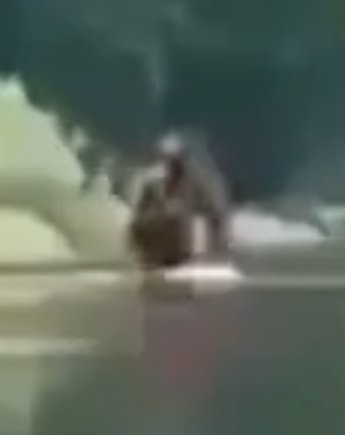 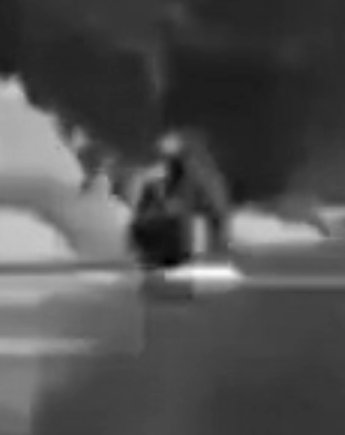 At one point in the video, the figure is seen turning towards the camera. There is a distinct shape of a 'regular' person. Even the 'V' cut of the upper clothing is clearly visible, along with the right arm down the right side, and the left arm extended out slightly. I could not figure out at this point why the left arm was in that position, but I will explain my current thoughts as we move on to breaking this down.

There also appears to be what seems some kind of pouch or pack across their body on the right-hand side. From this image, I initially thought that they were either wearing a hat or was bald with the way the light was reflecting off the top of the head. 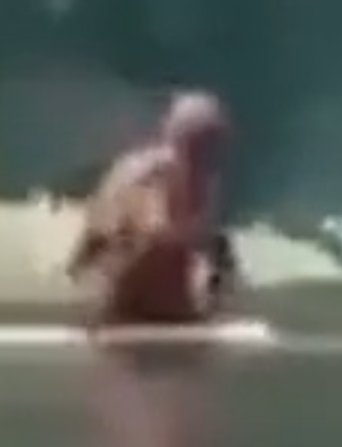 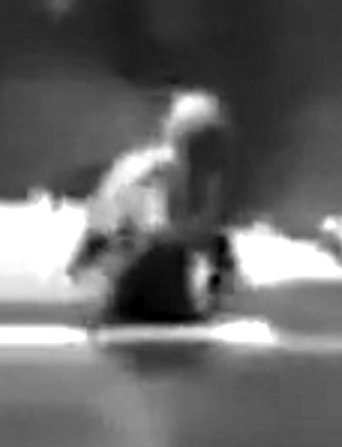 The figure is then seen facing off to the right of the screen. As they move off, a backpack clearly becomes visible. I was more leant towards the fact that the figure is wearing a hat (probably of the 'jungle' variant and with a shemagh around the neck area) and once again, the 'V neckline' is still very prominent. Interestingly, it was noted at this point that the right arm was actually bent in the position you would see from someone carrying a weapon. This is further substantiated by the black mass leading away from the body on the right of the figure.

It should be noted that, throughout the rest of the video, both the position of the right arm and the location of this 'mass' never changes. Also, the 'mass' moves in conformity with the body strolling through the water. Also, concluding that in the first image pair, the left arm appears that it is being held out and away from the body, I concluded that the reason for this was the fact that a rifle was potentially being held in that hand. 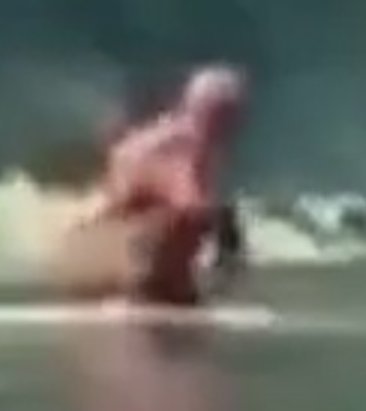 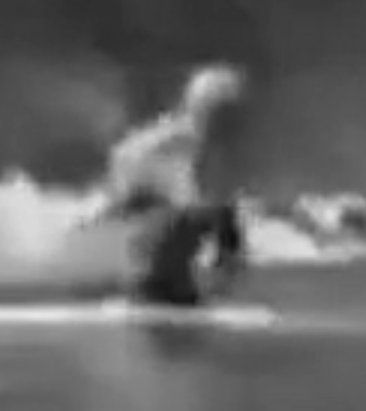 Again, the backpack is very pronounced in this image, as is the 'mass' I believe to be a weapon. Again, note the position of the right arm. However, from this particular image, I begin to wonder about the 'Jungle' hat suggestion and wonder if it could potentially be more of a military combat helmet? 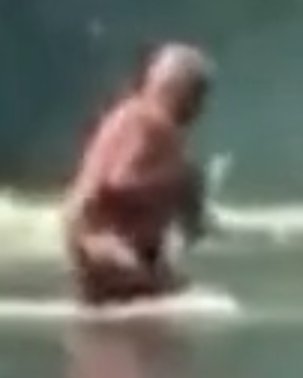 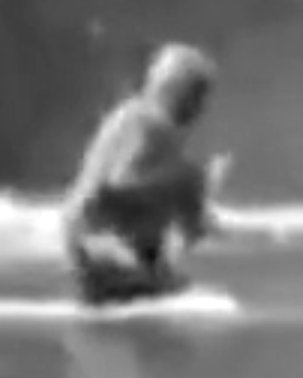 The body turns towards the camera towards the end of the clip and the backpack is lost in clarity. I am more convinced of a military-style 'hardtop' over a soft hat, and still quite happy to suggest that they are carrying some sort of rifle.

Due to the distance of the subject from the camera, it is possible that they are actually wearing some Dessert Cam dress, either military in nature, or a civilian replica, hence giving the opinion of a brown hue to the clothing.
You must log in or register to reply here.
Share:
Facebook Reddit Pinterest Tumblr WhatsApp Email Share Link
Top Bottom