About those Vampire Killer Kits... 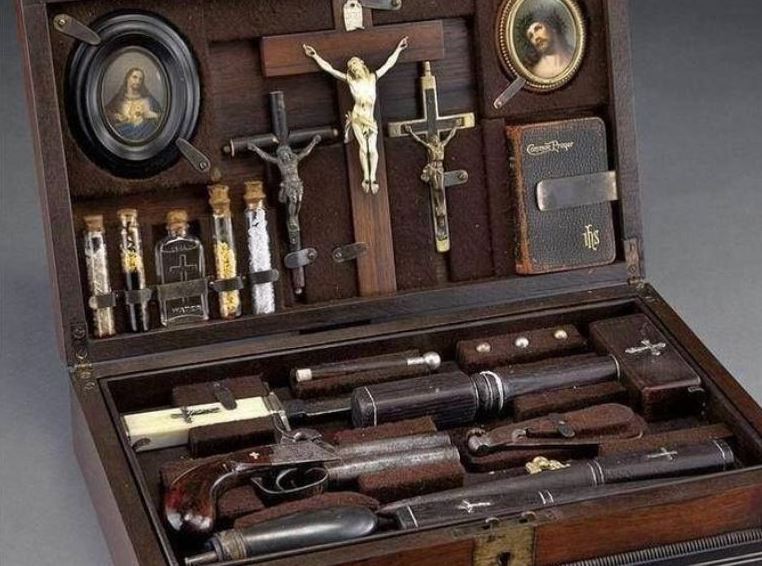 Vampire-Hunting Kits From The 1800s: Real or Fake?

One of the most intriguing and mysterious items for sale in the 19th century involves the manufacturing and selling of vampire killing kits. Several vampire hunter kits have turned up in recent years, and some have sold for large amounts of money, (One sold for $12,000 at Sotheby’s), even though...

Most are fake and made recently. Even though the items in them may be old and the box may be old the kit is not old. The concept of vampire hunting is 99% movie created. The same goes for the idea that vampires were these well dressed suave people that, during the night hours, passed for normal people. The original Dracula movie made in 1931 was more like how people in the 18th century back and people in the more old school places today see vampires. They are animated corpses that leave their graves to feed on the living. You hunted their graves and then staked them and cut off their heads in the grave among other things. The "gentlemen's" vampire hunting kit is totally a new idea as are the kits. that said they are cool looking and I would probably have wanted one just a few years ago just because they are so neat looking and would be great coffee table conversation pieces.
You must log in or register to reply here.
Share:
Facebook Reddit Pinterest Tumblr WhatsApp Email Link
Top Bottom