A vast treasure trove of ancient Chinese coins has been discovered at a dig site in the city of Nanchang.
Unearthed within an old Western Han Dynasty tomb, the ancient copper coins were commonly used as currency from around 1200 BC. To make trading them easier, each coin contained a small hole through its center so that several of them could be strung together to form larger denominations.

This particular haul, which is believed to contain over two million of the coins, dates back to around 206 BC and each one is likely to be worth several thousand dollars in today's money.

Chimes, figurines, bamboo slips and other artifacts were also found buried at the tomb which archaeologists now believe was the final resting place of a wealthy nobleman. 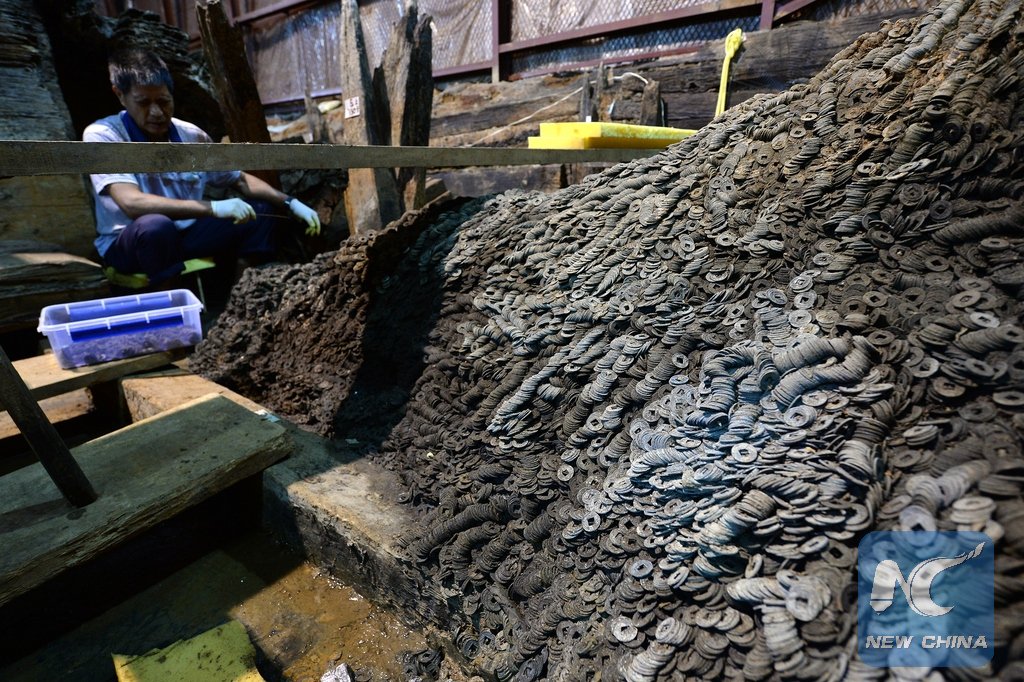 ten tons of coins What a find
Reactions: Debi

Very cool indeed ,and the money will be spent to improve the lives of the people there right?
OP

Grinchesbro said:
Very cool indeed ,and the money will be spent to improve the lives of the people there right?
Click to expand...